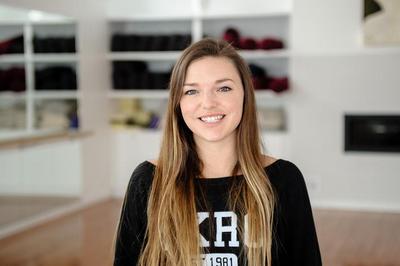 I am very excited to head down south to Bermuda and become the newest squash pro at  Court House Squash & Wellness. I will be travelling from the coldest of temperatures in Yellowknife, Northwest Territories in northern Canada and am grateful to be getting out before the winter sets in!

I grew up playing squash in Winnipeg, MB, Canada with my dad, Gene Turk, who was the Canadian Men's National Coach for 17 years. I competed in junior squash tournaments in Canada and the U.S. throughout my adolescent years, before heading to Hanover, New Hampshire to play for the squash team at Dartmouth College. I competed for four years on the team and was the captain in my senior year.

After graduating from Dartmouth, I worked as a full-time squash professional at the Westchester Squash Club in New York while also competing on the PSA World Tour.

After about a year, I moved back to Canada, settling in Calgary, Alberta and working as the assistant squash pro at the Calgary Winter Club. I continued to train and compete in PSA tournaments, reaching my highest world ranking of 88.

In 2017, I moved up north to Yellowknife to become the head squash professional at the Yellowknife Racquet Club. I have been bearing the cold and the mosquitoes for almost two years now and am now ready for the sun and the beach!

I can't wait to meet you all and to grow the squash program at Court House!